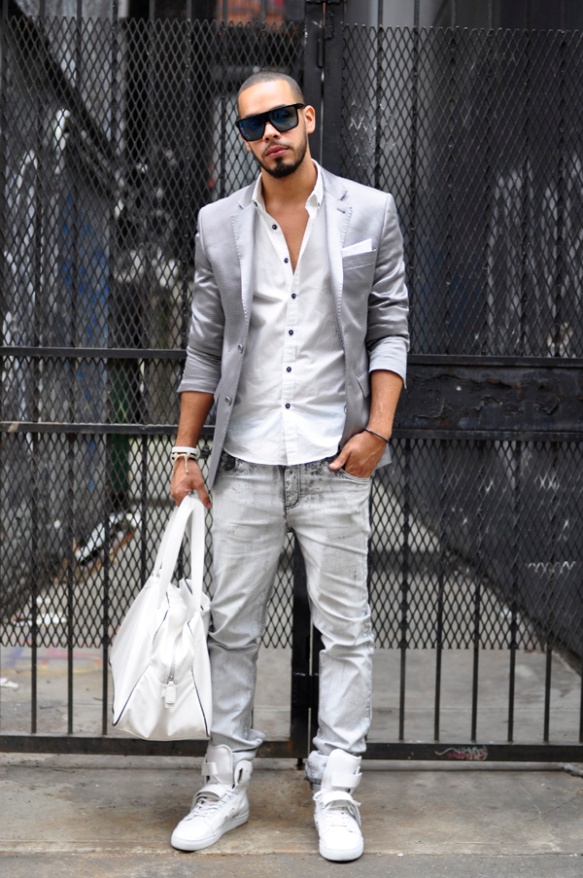 There’s a new designer in the mix and he is only looking towards the FUTURE, Evident Future to be exact! Leo Velasquez(LV) has been in the fashion scene for quite some time now.

Some people outside of urban fashion may not heard his name or face on regular basis, but this New York bred tastemaker has been putting in work!! Styling newcomer artist, Miguel

and Designed the garment for Usher‘s OMG tour is only the tip of the iceberg of his work.

Now featuring his debut collection to the fashion is going to scream another level of creativeness into the atmosphere. His debut collection was featured recently. Aesthetically, the collection is brilliant. LV ( mainly knows “LV the stylist” ) uses alot of leather which is a pretty brave material to use; yet, his design would make any fashion male or female wanna step out! Never be afraid to step out when you never want to fit in the crowd in first place.

The campaign video along with his styling in the past couple years is futuristic ghetto chic! featured in my opinion is giving Gareth Pugh, Rick Owens, and even Rad Hourani a run for their money already! very excited to see what he has to offer in the future. Check out his blog, Evident Future