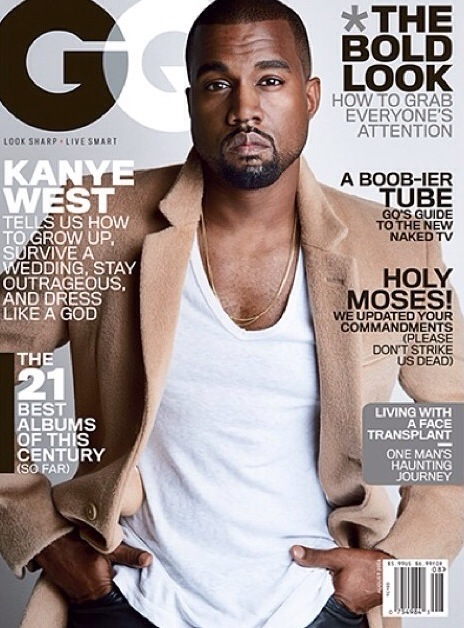 Hip hop producer/rapper/designer/creative genius Kanye West is big stranger to being in the limelight. Next month he will be feature and cover August GQ issue. Due to the constant creative projects and family festivities, I am very anxious to see what GQ has in store. We all will be on pins and needles to witness the greatness ahead! 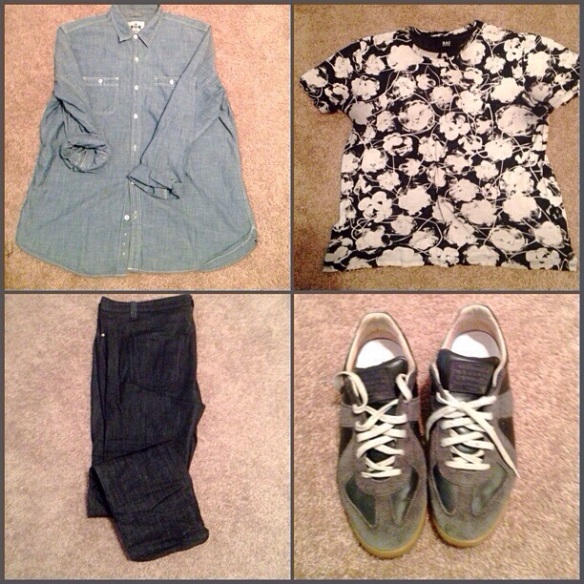 Earlier within the week, I forget to make an outfit post. Balance is essential in everyday life. I personally love to apply high fashion pieces with high street garments. Never wanna give myself the impression of being a frivolous label whore. A classic chambray shirt I got on sale from express pair with some 👖 slim cut #20jeans, this abstract raf by #rafsimons t shirt 👕, and my favorite black #maisonmartinmargiela leather and suede trainers 👟. Depending on the proportions, it can deliver either a laid back urban/grungy vibe. 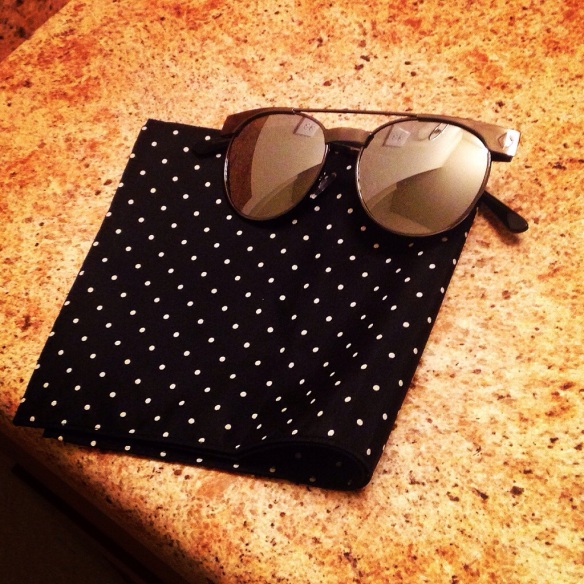 Accessories can always transform an ensemble for better👍 or worse 👎! My new purchases from #ASOS came in the mail 📫. I couldn’t help to purchase these and pocket square. Both possess a subtle classic appeal for the modern #gentleman. The metallic frames give a little bit of a futuristic touch 👌. 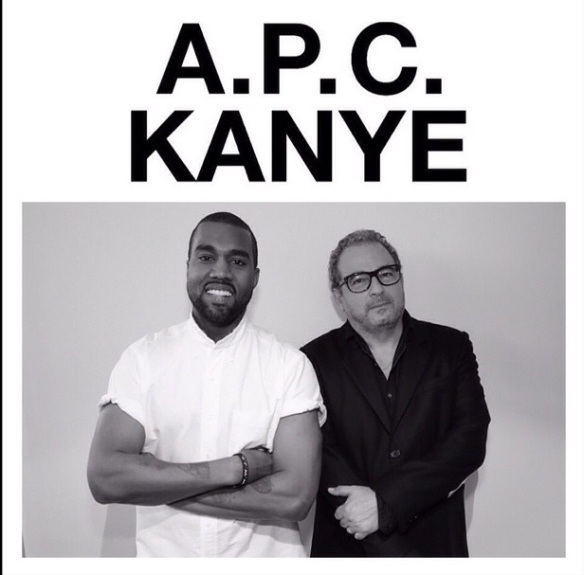 Earlier this year, the streetwear and fashion enthusiasts escalated into a web frenzy about the new capsule collection with Kanye West + A.P.C. They finally launched an official date to release the collection to July 17th, 2014. So far, it’s receiving mixed reviews. Majority of the complaints are based on the somewhat high cost whereas the rest are from kanye stans (including myself) or those aware of the labels reputation.

Unlike most kanye Stan’s, I will always be brutally honest it comes to him!however, I believe no one should quickly jump the gun because the images doesn’t show a great detail on the quality. Those who are unaware, A.P.C. truly takes true pride in it’s quality and contemporary design (no busy or pretentious designer logos)! Also, the collection is exactly what it is, a capsule collection (focus on essential menswear staples); therefore, don’t expect anything off the wall because you’re not lol!
> 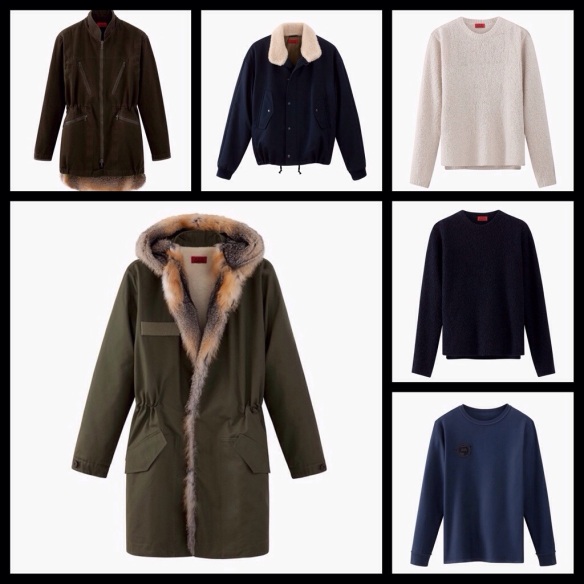 Honestly, there are couple hit and miss pieces . For example, I am not a fan of the camo t-shirt. It does appear to be unflattering colors and very bland. On the hand, I really admire the cut and quality of the white t-shirt and their knit sweaters. Where great quality lies great cost!! Kanye west does not control the cost of the garments. Chances are resellers will milk the prices more than the actual company. Despite the price debate, A.P.C. Is relatively more cost efficient than your trendy Balmain, Lanvin or Givenchy stuff you may own! 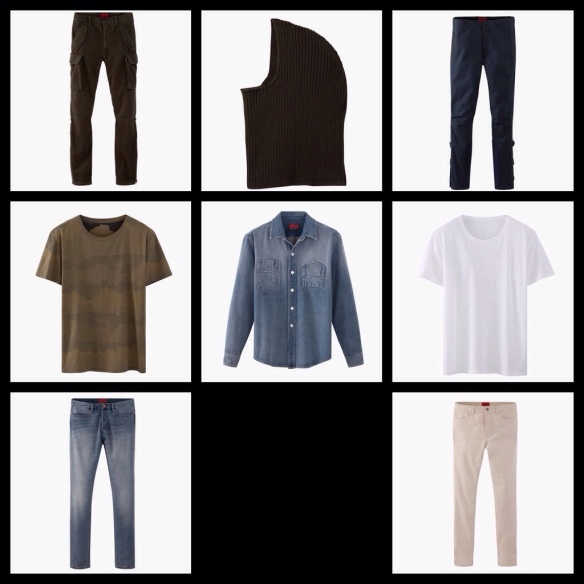 <br /
My only gripe was the collection's approach to originality. Many of the looks were inspiration of kanye's recent ensembles made by different designers such as Rick Owens, Robert Geller, and Balmain following up to 2013's Yeezus release. There's no doubt about Kanye's unfathomable love for fashion and design, but he also cares about keeping his presentation honest.

In essence, this collection truly speaks to Kanye's current aesthetic. Whether you hate it or love it, it's gonna thrive! 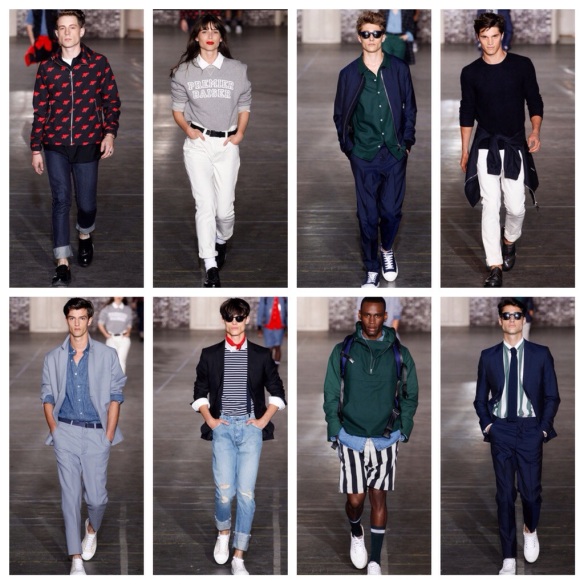 It’s not often you actually see a fashion show where you admire EVERY piece. Sometimes you have to break down each ensemble be somewhat satisfied or to see someone else rock with complete justice. However, AMI has been on the scene for a few short years and hasn’t missed a bit. This is a label who creates clothing for people without trying to “play fashion” by looking like jackasses!

AMI’s collection gives the “don’t take clothing so seriously” vibe. The magic is so put on something dope and forget you even have it on that’s what makes them so great! Sometimes we focus too much about who know wearing. We need to let our style do the talking! 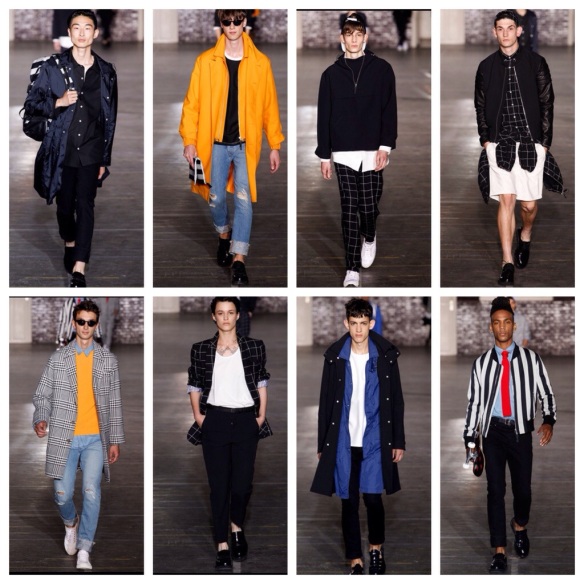