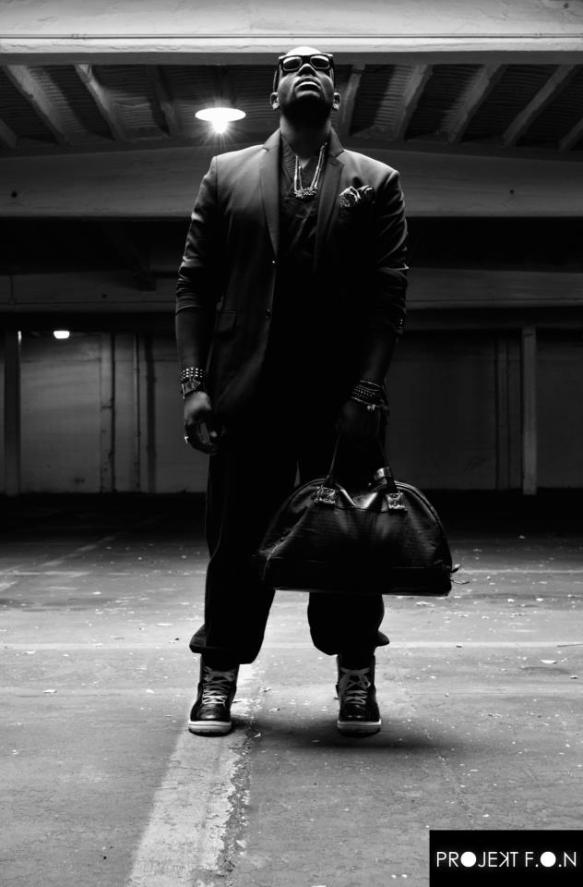 As today is the final day of 2012, it is safe to say WE ALL HAVE SURVIVED!!! Today, a particular word has stuck in my head, reflect. It is safe to say I have grown alot compared to 2011. This year I have been taking my aesthetics about life into another level! From martial arts to styling and parenting, for the first time I truly feel like I have something to offer to the world! Progress is indeed a slow process, but this little dragon will be breathing fire to every end. There are many creative works (also personal content) will be displayed more next year. I challenge everyone to “reflect back from this year” and see what they would honestly want to improve.

Once you have figured out what this is, make IMMEDIATE ACTION. Evolution is the word for 2013. Never let any one tell you can’t do anything. As long as you have the vision and will power, you can move mountains. Doesn’t whether if they are big or small, all it takes is a little push. Find people who share the same vision as you or share the same work ethic, and remember dreams can’t work alone; if so, that would require a miracle. 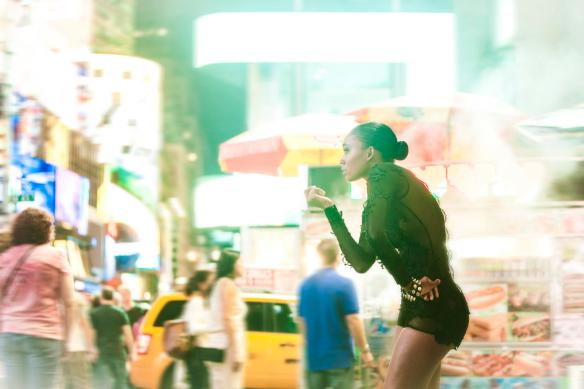 Fhonia Ellis is a fashion designer/hustler who is seeking to take the hip hop fashion to a new perspective along with an avant-garde twist. Recently, the Louisville native has been working beyond measure to make her brand to be reckon with. Through the likes of Mary J. Blige, Coco and Breezy, BET’s 106 & Park, and Jet magazine, she’s off to great start! Through the lens of another Louisville native, Lana Wilson, captures the garments in a very extraordinary way! Order from her collection, here 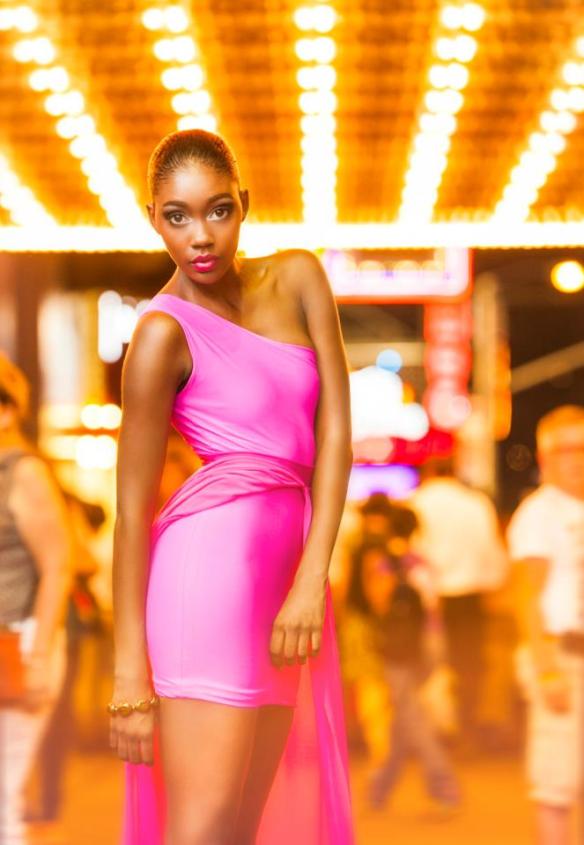 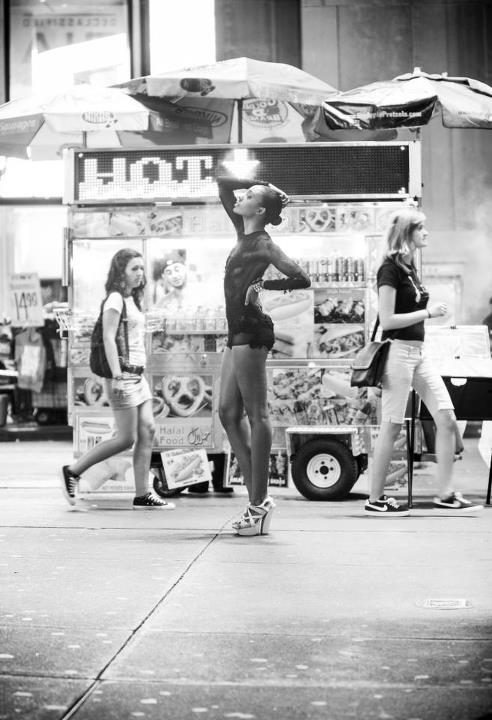 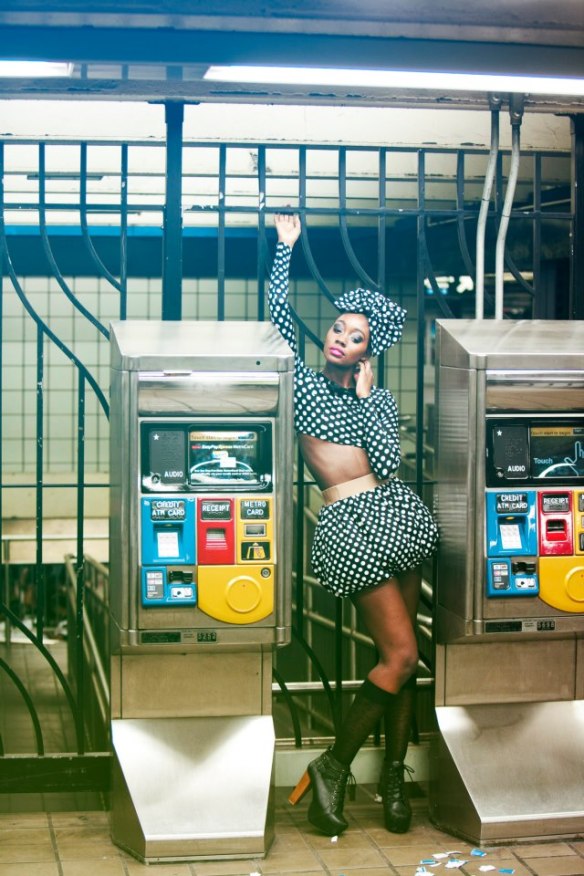 There is a revolution going on in Louisville. Sooner or later, the world will know we are the “stockholm” of the midwest (soon as we get more people on board). She will be of the tastemakers to make it happen. 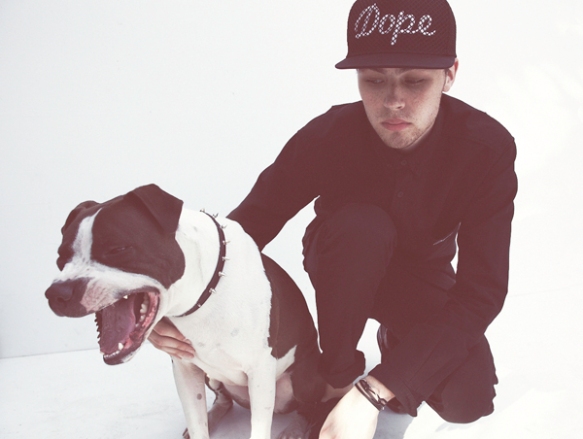 I have a huge addiction to “Dope” shit. It’s often best not to start a relapse on mediocrity. Fortunately, for this street style brand, Stampd’ LA, it’s not the case. Presenting the fall 2012 lookbook featuring “dope” apparel and accessories. The brand is slightly expanding with their choice of high quality accessories from Small Leather Goods to Pony Hair Snap Backs, our collection continues to expand. If there is a minimalist streetwear, it’s obviously them. 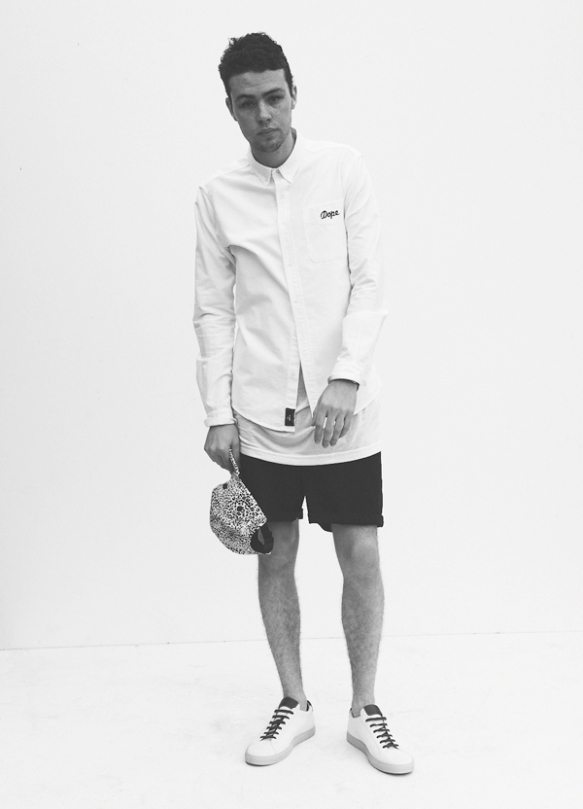 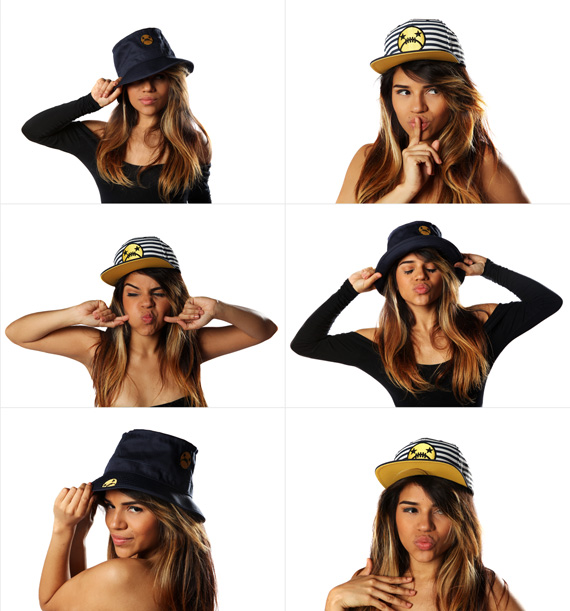 Stephania Arenas has graces the latest lookbook for Pusha T and Malice (The Clipse)’s Play Cloths collection. There appears to be some boy meets girls looks. Mad sex appeal with an urban touch is direction with collection. Mrs. Arenas did a pretty dope job doing so.

This Lookbook for H&M has an array of tailored outerwear garments, shirting, suiting and footwear, highlighted by a rich and colorful color palette.There are some pretty dope staples to get in the lookbook such as the varsity jacket and Duffle coat. Those are two items that are classic and wear for years to come! The collection shows their collections are growing and looking better than ever. 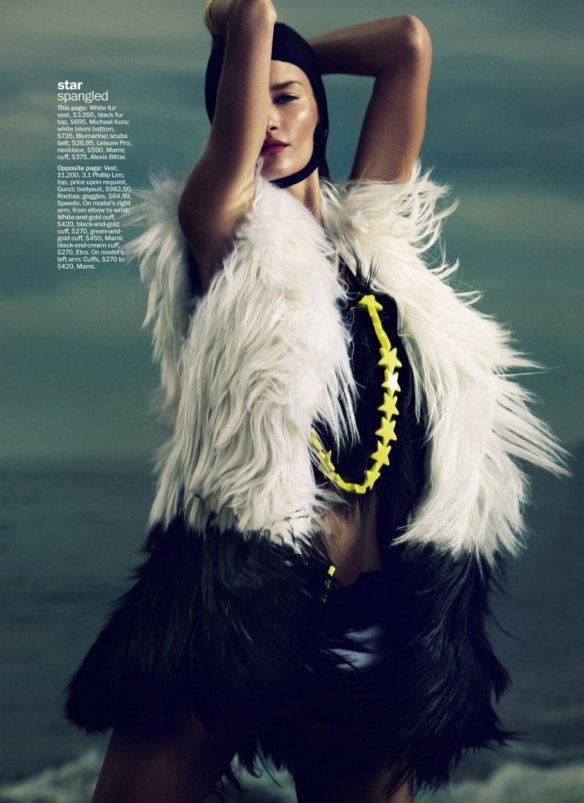 Linda Vojtova gets sporty in water ready attire for the May issue of Marie Claire US. Styled from the garments of Michael Kors, Alexander Wang and Max Mara; Linda hits the beach in Txema Yeste’s incredible eye as she displays her determination of winning. To be completely honest, I never really pay any attention towards any spreads from Marie Claire. I would always view it as a Cosmo magazine (no pun intended). On the contrary, the styling and lens from the photographer got my attention towards becoming a subsrciber. 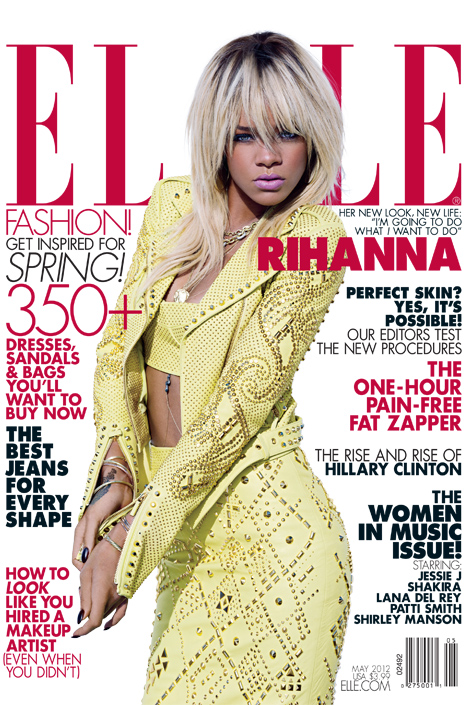 Sexy Pop star and my babymama (in my head, of course) Rihanna has hit the cover for Elle Magazine‘s May Issue. The “Talk that Talk” singer is in fact not pulling any punches far as the editorial work. Nostalgic images provided a charismatic sex appeal which is an instant classic. Every shot she has done never ceases to amaze me. In fact, I never understand why she is not featured in more campaigns or some fashion label’s muse. On the other hand, I am not necessarily a huge fan of the blonde hair. It kinda gripes me seeing ethnic artists reach a status to where they have to be featured with blonde hair and blue eyes.. I guess I should not complain as much because She does what ever she wants right?  One thing I will not discuss is her previous relationship with singer Chris Brown (find that on another blog). The only thing is important is her selling the look shown below. 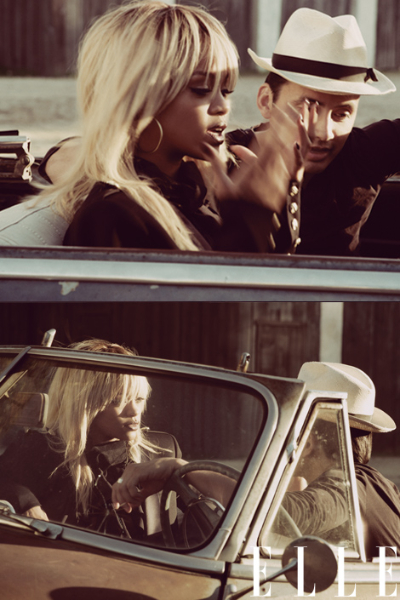 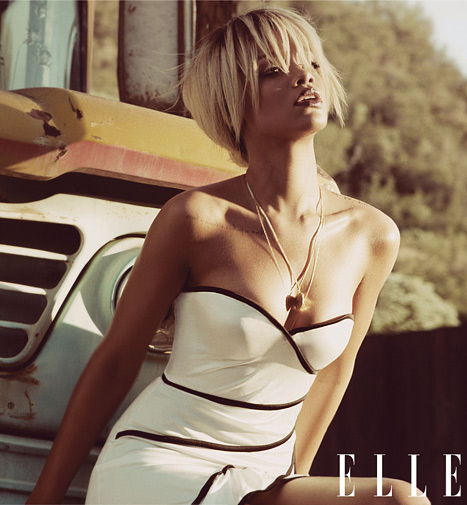 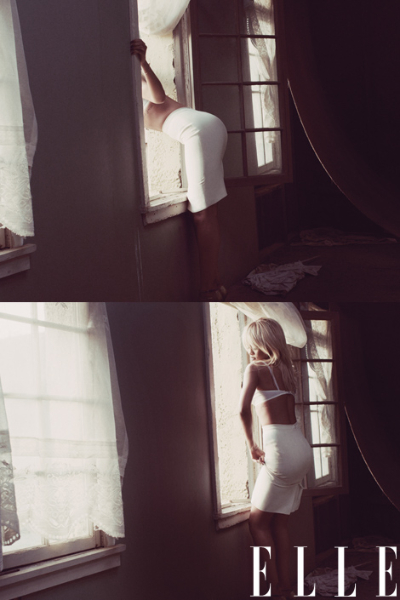 It have been officially reported there will be a new fighting division held at the 2012 US Open in Orlando, Fl. The new division is called “clash sparring”. Apparently, Clash Sparring is no different from regular Point Sparring as practiced in most schools and tournaments.  The scoring and equipment are used the same. The only catch is the point system is strictly enforced. Fighters must effective offense and defense to as in ordered to be rewarded.

Now my first thought about this new division is shouldn’t this been required in the fighting division from the beginning? Often times, I have noticed there are some martial arts who are only good as fighters, but can’t defend themselves in a real altercation (vice versa). Too many times competitors have scored on the account of poor techniques (i.e. backfist to the body or bent leg sidekick which lacked power) being rewarded a points. There is no premium placed on “who scores first” but rather, “who scores most”.

Boxing hook punches and upper cuts are prohibited. One good thing is competitors can score with both offensive and defensive counter techniques and combinations, rather than just being “first”. In Clash Sparring a good defensive fighter has the same advantages as someone who is firing off the line. Clash Sparring also eliminates this game of “tag” people happened to label it.

Hearing about this division gotten me a raised eyebrow. US Open has always been acknowledged mainly because of their showcase of emphasis on Weapons and Forms competition on Espn 2. Ironically, martial arts is the art of defense while the sport does not fully appreciate the fighters. Despite the fact there a competitors come from dozens of countries, the fighting division has been the backburner of the sport.

Quite frankly, this has caused fighters to revolt by not supporting the tournament. The only fighters who supports the event are either on sponsored teams, within the regional area and/or trying to be on TV (the most obvious one). Thanks to the power of social media websites, there have been apprehensive feeling for the fighters. What is going to happen to the so-called “superfights” which the enrollment declined within the past few years. Perhaps having a new division such as the “clash sparring” would leave a bandage over the wound. I wonder what do some of the fighters think? 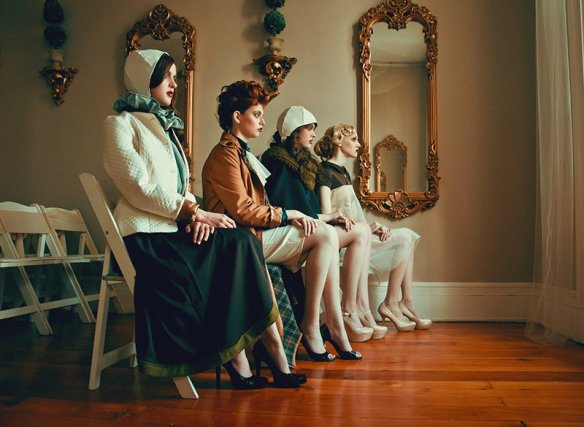 For those who never thought fashion can not exist in Kentucky (let alone Louisville), they were mistaken. Gunnar Deatherage (Project Runway) has recently showcased his look book for his 2012 f/w womens wear collection. Infiltrating down the nostalgia rabbit hole, Deatherage gained inspiration from female spies from world war 1 and 2 called the MI5 and MI6 paid to be beautiful, yet trained to be deadly. It is interesting he used their particular women as inspiration. The great thing about is many people in this generation are not aware of how much these women have risk their lives as much as the men on the battlefield! 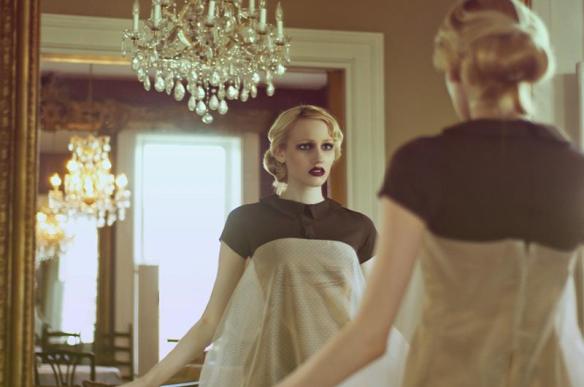 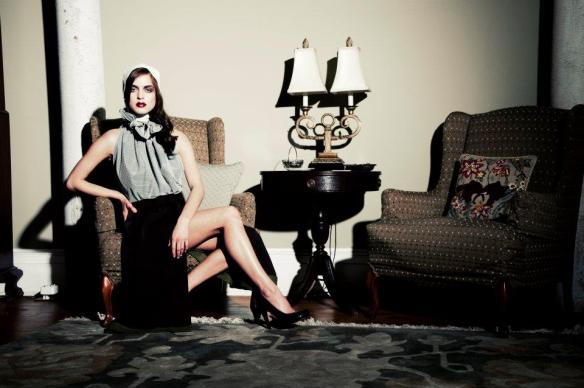 With the 50s and 60s trend in womens wear taken effect, this collection was right on time. He kept the collection with neutral colors. In my opinion, the hues gave a mysterious tone which explains its subtlety.

All clothing will be for purchase at the end of may 2012! 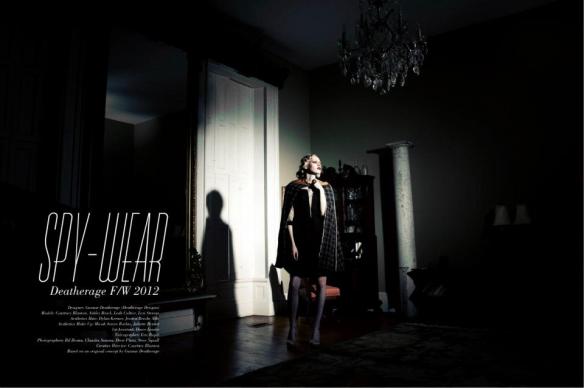 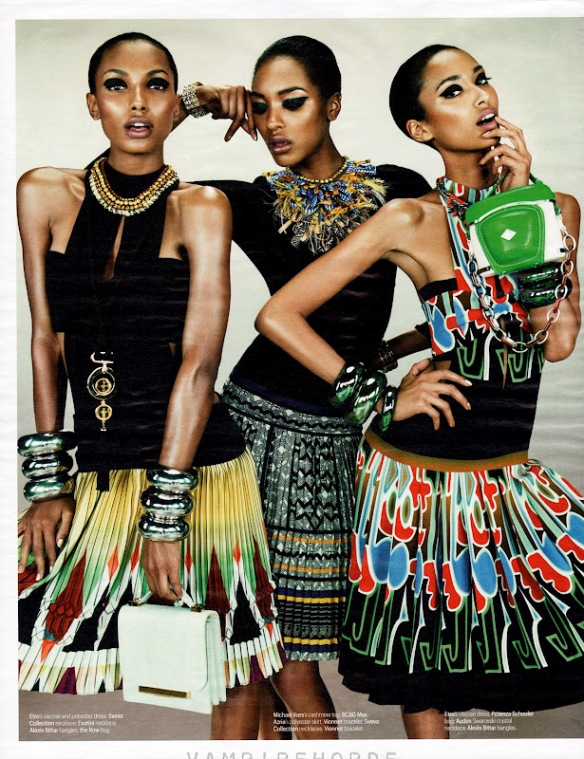 Models Jourdan Dunn, Jasmine Tookes and Anais Mali s in this month’s issue of W magazine. I really think some of the styling featured in W magazine is great as it counterparts (i.e. Elle, Vogue, Bazaar, etc.)

Featuring one of the hottest trends for the year, tribal prints, are in full effect. You can feel the fierceness scratching those the pages draped in the finest labels. If they are not selling a look, then you must be smoking. I am just saying! 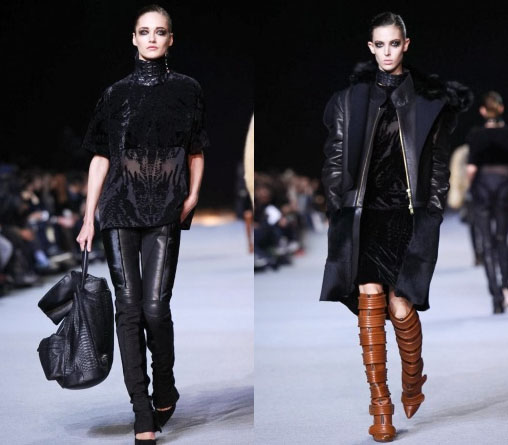 Despite what has been said from fashion critics, Hip Hop/Fashion Icon Kanye West has been determined for to eat their turds! There is nothing greater than showing improvement from your previous work. Kanye’s fall/winter collection has proved to be a perfect example. With ensembles majority in all black, the focus on detail will leave an undeniable towards any one whose seen the collection. . There were beautiful textures of butter smooth leather jackets, tops and trousers along with extravagant furs and dope heels.

Judging from the collection’s noir emphasis, it would not surprise me if there was some inspiration from Givenchy‘s Riccardo Tisci. Kanye has really been promoting the Tisci’s aesthetic for quite some time now. There has been rumors he helped out with the collection. There is no hating whether if he did or not. If you are going to get help, you will ask one of the best! 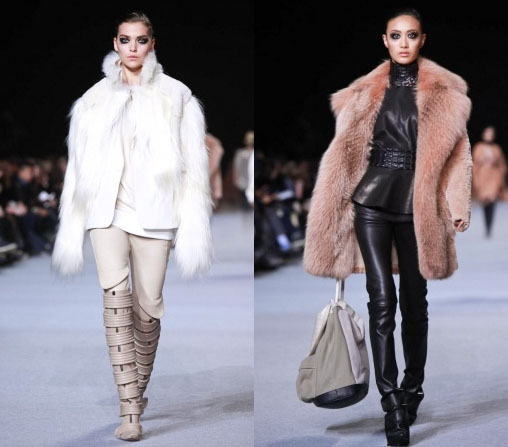 I am very confident people are going to give a much more warming review towards this collection. Its growth is purely inevitable! Remind you the first collection was not necessarily bad; rather, it was nothing innovative as if they were picked from various designer’s collections.

I am happy to see the evolve of my idol’s work. There is nothing any one can change the Kanye’s perception on anything he’s passionate about. That’s what make the collection special! A slam from critics delivering a knockout collection as such can sweep one-off their feet! It’s like a fighter determined to deliver a specific strike. Even if you choose to knock him out, he’s going to at least accomplish his goal and that is what exactly he has done here!