As a black martial artist, its not often you have martial artist who seek to demonstrate the beauty of both cultures. Often times its very one sided. Sometimes this can develop a cultural conflict. However, its great to learn from different cultures without sacrificing your own. it shows growth and epitome of freedom. One of the pioneers of the black martial arts community, Oso Tayari Casel captures the aesthetics of martial arts and culture quite effortlessly!


From the 80’s thru the mid 90s, American films had some great martial arts films. Although some possess a typical storyline (i.e. seeking vengeance towards deceased loved one), many of these films reflected the reason why martial arts was apart of pop culture. For example, Best of the Best was perhaps one of those great martial arts films which executed excitement with its epic storyline and martial arts choreography. In fact, this film actually demonstrated the true nature of sport martial arts. This particular match is the final bout against team USA and Korea. Philip Rhee who portrays Tommy Lee of Team USA  faces off with Team Korea and Tae Kwon Do champion, Dae Han (whose his real life brother Simon Rhee). Tommy’s moral code as a martial artist is tested because Dae Han is the man who killed his brother (typical in films right).

Despite the great basics and choreography, I was more pleased about the integrity Tommy faced in this match. Here you have a person who has the chance to settle the score against their ultimate adversary. Despite his repressive moments and illegal hits, Tommy fought hard to overcome Dae Han. However, this true test was the compromising decision to finish him. Instead, he took the high road during the guidance of his coach (James Earl Jones) and teammate (Eric Roberts). During the present moment, it doesn’t always feel great to take the high road based on conflicting moments. Reflecting back at those moments it make us appreciate the right decisions we make. This fight demonstrated it entirely in the best metaphorical way possible.


Whether people recognize it or not, but martial arts will claw back its way into pop culture! One of the reasons I know this is simply because of high-profile directors such as Ang Lee (Crouching Tiger- Hidden Dragon), Quentin Tarantino (i.e. Iron Monkey and Man with the Iron Fists) and now Martin Scorsese presents an epic martial arts film which depicts the life of wing chun master, Yip Man (again). It took no surprise wu-tang clan artists RZA and Raekwon have worked on yet another movie endeavor, this time considering martial arts icon Ip Man in Wong Kar Wai’s The Grandmaster.  Featuring dynamic martial arts choreography and brilliant editing, there are also blitzing track from Wu-Tang members. The film release this weekend and can’t wait to see what this film has to offer opposed to its counterparts.

When it rains, it pours. My spirit was heartbroken due to the news of my grandmaster recently passed. For years, I always heard many extraordinary stories about him with my sifu. I knew he was great because he taught my instructor. How can a small frail man be so powerful and skill? the truth skill has absolutely NOTHING to do with size and strength. It’s in the spirit of the individual. The warrior spirit has no discrimination; therefore, he was epitome of that! 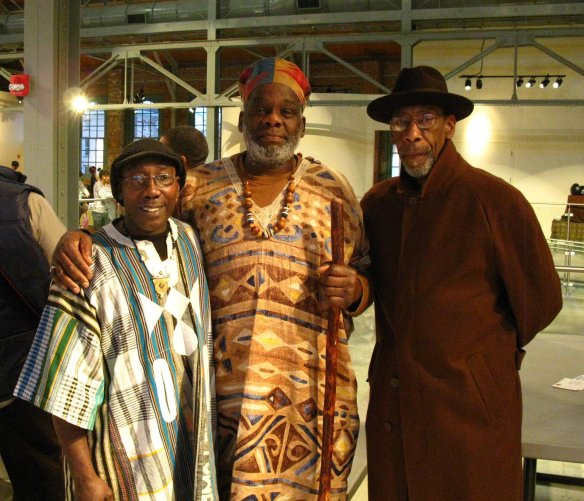 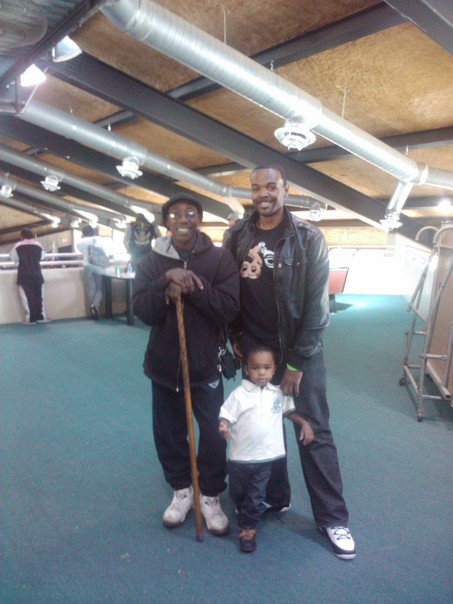 The grandmaster and myself (along with my son) several years ago.

Grandmaster Cook was all about the life of budo (the martial way)! There was never a moment how love of the art did not express him.  Despite his heavy training  He gave significantly back to community increase awareness for women to protect themselves in domestic violence, rape, etc. During the 70s and 80s, he created the Nightwatch, an organization whose target goal was to protect the people in their neighborhood. Throughout the years, he has achieved many awards and build a great rapport throughout the region. A fighter who lived 25 years after the doctors told him he was not going to make. He managed to inspire many more people (including myself) through the course of those years. As your spirit resonate through many of us, you and your teachings will never be forgotten.

Old Skool Kung Fu films.. They don’t make them like they use to! I must admit the dubbing was quite cheesy and the sound effects were a tad bit late. However, those elements is what made it great! It was the epitome of an imperfectly perfect product. I love how they use to make reference of how prospective students would relentlessly ask a master to be their students. Their relentless behavior is not like what it is now. No one wants to be a student. They want the easy way out. A black belt or mastering a style is so much more! It’s a right of passage of one’s skill. How things have changed.. Gotta love nostalgia

In my opinion, this is probably one of the best fighting scenes during the late 90s. Jackie Chan is widely known for his spectacular and unique martial arts choreography throughout his career. Through the influences of the late comedic actor Buster Keaton and Chinese Opera combat and acrobatics, Jackie has created something martial artists and non-martial artist would enjoy filled humor and finesse! Majority of his main scenes provide a particular message. In this scene from the romantic film, Gorgeous, Jackie was an out of shape business defeated from an outdoor boxing match from the opponent (Bradley James Allen) shown in the video. Due to his defeat, he seek to train more frequently (not for competition, but for himself). His dedication for training showed us how much we need to always sharpen our skills so we can ready at all times.

The opponent offers him a rematch which he accepts. The choreography displayed beautiful striking and aerial kicking while complimented the individual fighting styles. Eventually, Jackie recognized he must alter his fighting style to overcome his opponent. Naturally, the alternate style was more fluid and “bespoken” to him. Sometimes, it takes a few hits for us to wake up and change our current position to outweigh those particular outcomes.  I love the contrast on the stylish minimal black and white ensembles as it reflect the yin-yang concept throughout the match! This is one of my favorite fighting scenes ever!


I am not gonna lie back in the day, Me and my little brother always wanted to go to other people’s martial arts schools imitating from this scene.  That was a childish yet arrogant stage, but who doesn’t live moment they see in the movies lol! Bruce Lee took care of business with the karate school in Shanghai in Fist of Fury. Talk about a one man army! By the way, were those real people he was swinging? Comedy I tell ya!


THis is a classic fighting scene from Meals on Wheels! Old school Jackie is always the best in my opinion!! The beauty of the fight was not from the choreography. It was more from Jackie realizing the only way he can conquer his fight is to doing what he does best! In life, we should look at all of our confrontations as such!


I truly love the direction some of the martial arts film have been lately. It has appeared they have added an extra flair to their trailers as of late. We can talk about Crouching Tiger, Hidden Dragon and Yip Man all day, but we must look towards the future of martial arts films.

This trailer is Tai Chi 0 is the prime example of what I am trying to expressed.This film is directed by Stephen Fung and Sammo Hung. Sammo Hung has really shown his artistic level heighten with his recent films as the choreographer; it would not surprise me if he is doing the same for this film. Starring in the film are  Tony Leung Ka-Fai, Angelababy, Eddy Peng, William Feng, Yuan Biao, Jade Xu Huihui. A nice old and new school cast which has made a strong believer out of myself. However, I truly hope and pray it is one of those films which is extremely bland while all the action presented in the trailer is the only action there is!

If anyone is familiar with hip-hop music video director, Hype Williams, you would naturally think he was apart of the film! Overall, the trailer is hot! Maybe America will recognize the heightened aesthetics of the martial arts world!


Here’s an old school clip from one of Sammo Hung’s films, The Magnificent Butcher. You gotta love the cheesy sound effects with the dope choreography. I love the crane and snake strikes and blocks.  For a big guy, Sammo can moves. These movies are like those 2 door  Ford Escorts, they don’t make them like that anymore..


I appreciate the old skool martial arts films. The music, sound effects and the lousy dubbing. They really don’t them like they use. This scene was from the iconic film, The 5 deadly venoms.. its a must watch for the old skool lovers out there!

Martial arts stars Donnie Yen and Vincent Zhao in an upcoming film, secret identity. The movie is currently under production which Yen will also be producing and choreographing the fighting scenes. Zhao (star of True Legend) has a foot injury and needs an operation but says he has postponed this to work with Yen.

Currently,the plot is a secret, but the actors say it will be a “stylish action film set in a metropolitan city”. Rising actress Jing Tian also joins the team for her first action film. Stay tuned for more details